Of Light and Shadow

Have you been struggling with anger, resentment, sadness, depression, or anxiety?

Maybe you’ve been wrestling with these emotions for a long time – but what you need to know is that, over time, these emotions can manifest in your physical body as illness and disease. If your health is poor or you are in pain, it’s easier to treat the symptoms but critical to treat the cause.

This class, Of Light and Shadow, could literally change your life and your health. How is that possible, you ask? Because when you acknowledge and integrate ALL parts of who you are, including the icky sticky parts of your past that hide in the corners of your subconscious, you become a WHOLE AND WELL person who isn’t trying to hide, minimize, or escape any part of their true and unique nature. Sounds dreamy, doesn’t it – becoming whole and well, after many years, maybe even after many decades? It is possible, and the road to wellness begins here.

Who is this class for?

Every single person on this planet!

Age 18 on up. By 18 you already have a shadow archetype that needs examination and unpacking. And you’re never done, so at any age, this class will be a helpful reminder to go back, keep unearthing, because your archaeology is unending. ALL lightworkers need this class. You really can’t help other people navigate their shadow – and believe me, if you’re a spiritual teacher of any kind that is exactly what you are doing, conscious or not – unless you’ve unpacked all of your own shadow suitcases. Do you first.

In this 6-part series, I’ll teach you to use functional tools to activate and integrate your shadow.

Crystals, especially obsidian, are powerful allies. You will learn to better identify and understand your shadow – to name it and claim it! I will lead you on a journey of integration to uncover your brightest light and your darkest shadow in service of wholeness, healing, and recovery of your energy. Using art, meditation, journaling, dialogue, ritual, and astrology we will explore your duality, excavating the tiny dark corners and experience the power of the fullness of your expression.

Of Light And Shadow 1: Shadow archetypes and vibrational assessment.

In this class, you will learn the concept of archetypes as a way to enter the shadow realm. Get to know your whole self better by understanding the nature of your personal shadow as it relates to your dominant personality type. Students should complete Myers-Briggs online assessment, here, prior to class. This 90-minute session is $30, and there are no prerequisites to register.

Of Light And Shadow 2: Astrology and planetary shadows.

Using Evolutionary Astrology, we will explore the face of the subconscious on a deep level. The North and South Lunar Nodes and Moon sign reveal aspects of our shadow as well as past patterns and experiences that shape who we are today. You will learn about your personal shadow signature, which holds sacred keys to your journey of evolution. This 90 minute session is $30, and there are no prerequisites to register.

Of Light And Shadow 3: Shadow collage.

Bring some balance to your vision or dream boards. Shadow collage is a profound tool for engaging and dialoguing with shadow. Words, images, pictures, and symbols bring your shadow story together, giving it a face. You’ll be amazed at what you learn in this self-revealing practice. This 90 minute session is $30, and there are no prerequisites to register.

The Blue Room is a healing, calm, safe space that is outside of space and time. It’s a level of the upper chakras and Upper Realms where you can go at any time to have the conversations you desire with family and friends, as well as loved ones who have passed on. Is there an answer you seek? A situation that you’d like closure on and don’t feel that you can have that dialogue with the other party in real time? Then take it to the Blue Room and call in both your guides and theirs. This 90 minute session is $30, and there are no prerequisites to register. 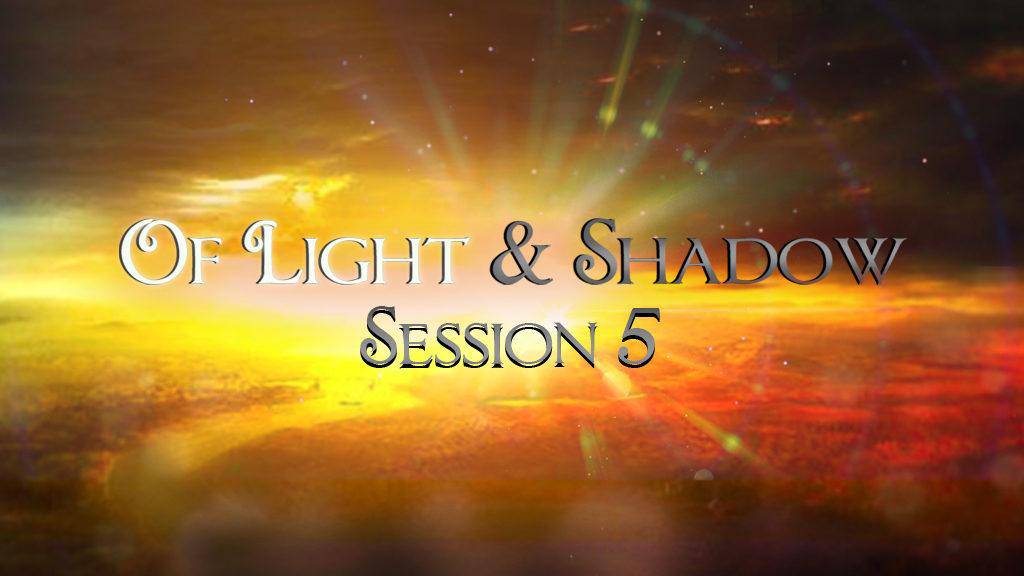 Of Light And Shadow 5: Working with the crystalline grid of the planet.

In this second guided meditation of the shadow series, you will learn how to access and draw energy from the earth’s own crystalline grid. You will also discover your personal Power Crystal in this 90-minute session, which is $30. This is the most grounding and stabilizing meditation you can do while working with your shadow as we will root into Mama Earth, allowing her energy to support whatever we can no longer hold on our own. There are no prerequisites to register. 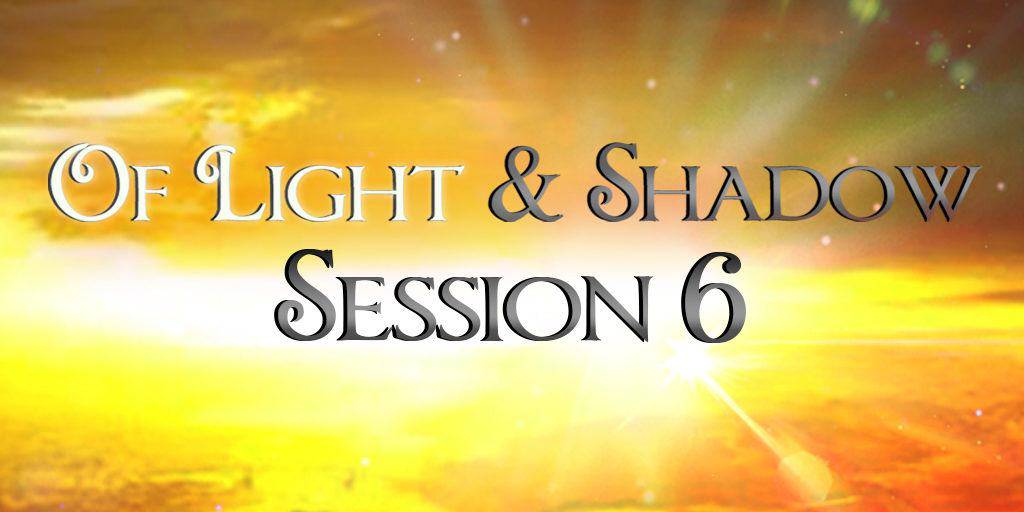 Of Light And Shadow 6: Integration ceremony and practical tips for maintaining integration.

Welcome both halves of your self home. During this ceremony, we will set and seal your integration intentions. We will perform an alchemical ritual, to help you complete the integration process, using the four elements to release any remaining trauma. This session will provide you with tools, tips, and recommendations for carrying this work forward in your daily life. Channeled messages for class members will reveal important wisdom and insights to support your evolution. This 90 minute session and Q&A is $30, and there are no prerequisites to register.

What is the shadow and how does it become an energetic issue?

In western society we are taught to hide or minimize emotions that are not pleasant or attractive. Growing up, we hear – don’t do that, don’t say that, don’t look at me like that, don’t talk like that. Maybe you were told to lighten up, stop being so angry all the time – or so sensitive. Maybe you were told that you were too promiscuous and your sexual desires were inappropriate. Maybe you were taught to hide or repress your spiritual or emotional beliefs. Many of us were told we were “too much” – too loud, too intuitive, too demanding, too needy. When you are rejected for any reason, especially in early life and by a parent or partner, a wave of emotions rises within your psyche: Shame, embarrassment, and deep pain. And while we should work through those feelings to understand their root cause and integrate our feelings in the moment as they are happening, we often do the exact opposite: We push those feelings down, repress them, ignore and deny them, lock them up in a tiny box, without realizing that they cannot be repressed or denied forever. When you push your feelings down or compartmentalize them into one corner of your mind, you only put a temporary hold on them; they will resurge later, often in an enhanced and more powerful form, and in ways that can be destructive to you or others.

Your shadow is the collected mass of pain, shame, and sorrow and it has a voice, a way of being in the world, and an energetic frequency. Your shadow, if left anchored in your subconscious, can be projected onto others and create karmic entanglements that take generations to reconcile. You have to take responsibility for what you know about yourself and what you don’t know yet because both sides of that coin are you. You carry your shadow energy everywhere you go, and for some people it’s like traveling with 10 massive suitcases stuffed to the brim with unacknowledged emotions. Wouldn’t you like to leave those suitcases behind?

In Of Light and Shadow, we are opening your Shadow Suitcases and looking at what’s in there. You may never have opened them or maybe it’s just been a very long time. We will throw some things out, tidy some things up, dust some things off, and organize the rest into one whole integrated you. There are some treasures in those suitcases, my sweet friend. Oh yes – your sexy magic is in there, your creative juices are flowing in there, your childlike ability to believe in miracles is also in there somewhere, underneath your intense resentment, frustration, jealousy of others, and your inability to forgive the past. Yes, it’s a bit of a jumbled mess in that suitcase but I’m a professional Shadow Organizer, here to help you make sense of it all in a safe space where no one will judge you as we look at what you’ve been carrying around all these years. I’ve been carrying my own stuff, and who knows – maybe mine is crazier than yours!

When you think of the word “truth,” what feelings does it evoke? Some people believe in one universal truth that…

For many, Mother’s Day is a challenging day as well as a day of beauty and remembrance. Mothering is the…

Did you know that 5/5 is one of the most powerful days for manifesting abundance? If you’ve been setting intentions…