What is Sacred Geometry?

Do you ever notice shapes and patterns in nature, and wonder about their hidden significance?

Since ancient times, mystics, sages, and spiritual teachers have applied meaning to shapes. In these shapes were believed to be the secret to life, a unifying presence or force that could explain the nature of every facet and aspect of the Universe. These shapes are known as sacred geometry. In its simplest definition, sacred geometry is the meaning (and symbolism) that is attributed to certain shapes and proportions. On a deeper and more spiritual level – and according to many ancient traditions – all arises from sacred geometry. You are sacred geometry! Everything you are, do, create, ingest, interact with, and more involves and is inspired by sacred geometry. Sacred geometry is the mathematical equations that make up our Universe as well as the dimensions, universes, and galaxies beyond our own.

There is a line in the 2016 Marvel film “Dr. Strange” where the Ancient One tells an arrogant and disbelieving Steven Strange that we live in a multiverse:

“You think you know how the world works? You think that this material universe is all there is? What is real? What mysteries lie beyond the reach of your senses? At the root of existence, mind and matter meet. Thoughts shape reality. This universe is only one of an infinite number. Worlds without end. Who are you in this vast multiverse, Mr. Strange?” – Ancient One

What's behind the shapes?

Numbers are found in universal mathematical equations (think blueprints) that ultimately inform how a shape will look, its patterns, its repetitiveness, its dimensions, and the like. According to the Golden Mean (phi or the Golden Ratio), everything has the ability to divide and subdivide. The Golden Mean is a mathematical law that represents Infinity. According to the Golden Mean, every part relates to another part and can continue to divide and subdivide for eternity. An example of this is a fertilized egg. Initially starting out as a single organism, that cell, once fertilized, divides itself then subdivides and continues to do so until the result is a human baby. This principle of division and subdivision can be seen throughout all of nature. Every organism, creature, and human being is founded upon and organized by the principle of the Golden Mean.

Literally, everything in the world can be traced to these shapes in one form or another: from the flowers and trees to human DNA and cell structure. Sacred spaces such as mosques and temples are also created using these patterns. It is even believed that these shapes hold the power to open communication channels to Source. 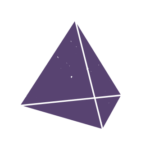 The tetrahedron is a three-dimensional symbol of balance and stability as each side is flat no matter how it is turned. It represents the element of fire and creates a natural balance between the physical and spiritual. It corresponds with the Solar Plexus Chakra. An example of a tetrahedron is a pyramid in Egypt, as well as citrine, agates, and hematite (crystals that have a trigonal structure). 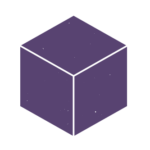 The hexahedron, or cube, is a three-dimensional symbol of grounding energy and focus. It connects you to the energies of Earth and nature, and sits flat, thus firmly rooted wherever it is planted. The cube is associated with the element of earth and corresponds with the Root Chakra. Examples of the hexahedron structure in crystals are aquamarine, apatite, and sugilite. 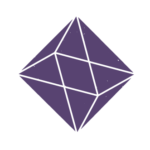 The octahedron is a three-dimensional, self-reflecting shape and is represented by the element of air. It is linked to the Heart Chakra, the center for love and compassion. Through the octahedron, we attune to the spiritual nature of self. Examples of crystals that have an octahedral structure are grossular garnet, fluorite, and magnetite. 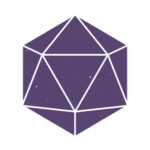 Icosahedron is a three-dimensional symbol that encourages us to go with the flow, allowing for creativity and expression to flow effortlessly. It is associated with the element of water and corresponds to the Sacral Chakra. Through the icosahedron, we allow freedom of expression and the removal of emotional blockages that hold us back. The icosahedron does not naturally occur in crystals. 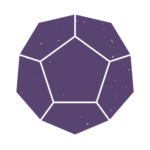 The dodecahedron is a three-dimensional symbol that reminds us of our ability to go beyond the physical body to reconnect with the higher resonance of our true nature. It is associated with the element of ether (spirit) and corresponds to the Higher Chakras — the Third Eye, Crown, and above. The dodecahedron shape does not naturally occur in crystals. 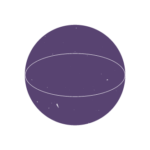 Perhaps one of the simplest and most perfect of all forms, the sphere is an expression of unity, completeness, integrity, and equality. It is the most profound and sacred symbol in the Universe and contains all the wisdom of creation. It is from the sphere that the other shapes are organized. With the sphere, we are reminded that everything fits together in perfect proportions and it is the portal that opens you to the workings of nature. One of the best examples of a sphere is Gaia, along with all the other planets. Cells and seeds are also spheres. 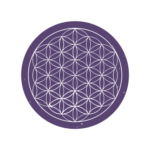 The Flower of Life:

The Flower of Life is made of evenly-spaced, overlapping circles with six-fold symmetry similar to a hexagon. The Flower of Life embodies our Life Force energy, or Chi, and the lifeblood that flows through us. Our energy, the Earth, and everything in the Universe is woven within a common repeating pattern that manifests in the geometry of this single sacred flower. Its perfect, infinite pattern represents the very thread of our being, stretching across planes and dimensions. The Flower of Life symbol is used throughout the world. It can be found at the Temple of Osiris in Egypt, the Forbidden City in China, and sacred sites in Israel, India, Spain, and Japan. 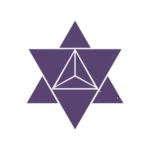 The Merkaba is another powerful symbol that is created when two star tetrahedrons are combined — one pointing up to the heavens, channeling energy down from the Universe to the Earth; and one pointing downwards, drawing energy up from the Earth. The Merkaba is a light vehicle believed to be used by the ascended masters to connect with and transport to the Higher Realms. “Mer” means light. “Ka” means Spirit. “Ba” means Body. The Merkaba is linked to Metatron, the archangel who is most attributed to sacred geometry and the mysteries and inner workings of the Universe.

When you think of the word “truth,” what feelings does it evoke? Some people believe in one universal truth that…

For many, Mother’s Day is a challenging day as well as a day of beauty and remembrance. Mothering is the…

Did you know that 5/5 is one of the most powerful days for manifesting abundance? If you’ve been setting intentions…