Happy New Year, Tarot lovers! Are you ready for your introduction to the four suits of the Minor Arcana? We’ve covered the Major Arcana this last year, the cards that show us the Archetypes and stages in the natural cycle of the Universe. These cards reveal and resonate with events that naturally arise due to the order and alignment of the Universal Laws. So, what do we use the Minor Arcana for? To reveal and help us gain perspective on the everyday events that occur due to human nature.

As you may or may not yet know, there are four minor suits in the Tarot – Cups, Pentacles, Wands, and Swords, and each of these suits consists of 14 cards. These 14 cards are comprised of ten numbered cards – Ace through ten – and four Court Cards – the Page, Knight, Queen and King. The lower numbered cards show us everyday life situations while the Court Cards resonate with and reflect actual people or personality types in our current life. So these cards can be used to highlight and gain perspective on the practical aspects of life rather than the bigger picture perspective offered by the Major Arcana.

Let’s first discuss the numerology of the Minor Arcana cards because this will translate across all suits.

New beginnings and opportunity, potential, drive, ideas, inspiration and aspiration. One reflects that which is about to come to be in the physical realm. Often, ones appear in a reading to indicate that something is about to begin or has begun, but is in its infantile stages of development. Ace indicates the theme of this suit and it’s ideal; Ace is the embodiment of the best that suit has to offer.

This is a number of balance. Two embodies duality, partnership, integration, assimilation, receptivity, diplomacy, gentle persuasion, application, agreements, and insight. It can also represent a crossroad or choice. Often, twos in a reading indicate a waiting period where there will be partial success but more will be revealed later. It can also indicate a reconciliation or reunion

Three indicates an initial achievement of goals. It’s a number of growth, creativity, abundance, expression, and communication. It can point to friendships in your life. The number 3 is the result of 1 and 2 coming together, and the bridge to 4, indicating an ability to bring about that which you desire and seek in your life. Often, threes in a reading indicate situations involving more than one person. They can also indicate a delay now, but with the promise of future success.

Four indicates foundation, structure, and stability. In a sense, it’s the price after the creative efforts of one, two, and three. With consistent effort and solid planning come stability. It can also represent stagnation and manifestation, practical application of lessons learned, as well as organization and planning. It is what comes as a result of desire and imagination fueled by initiative. In a reading, fours can indicate fruition of the seeds you’ve been planting or the manifestation of ideas. It can also indicate the presence of a solid foundation where all things can take root and grow.

Five is a number of instability, conflict, and loss. However, it also represents an opportunity for change, expansion, and recreation. It indicates a chance to try a new cycle or system, to replace what no longer serves you with something that does. In a reading, five indicates a needed or coming change, challenge, or fluctuation in how you currently operate. It also  reminds us of the need for balance between material and spiritual, so we don’t end up materially rich and spiritually poor.

The number of communication and cooperation. Six indicates problem solving and harmony in the area represented by the suit. A number of balance, relaxation, compassion, social consciousness, love, care, comfort, and concern for others, six indicates a maturing in the area indicated. In a reading, six indicates a shift in your thoughts and attitudes. This inner shift indicates your ability to transcend difficulties.

Seven is the number of reflection and assessment. Take stock of the motives of yourself or others. Seven also embodies spirituality and wisdom, observation, meditation, discovery, and knowledge. Seven represents faith – faith in the things that can’t be seen, but nevertheless exist. It is about knowing the ultimate truths. In a reading, seven indicates a period of introspection or solitude in order to achieve wisdom and evolution.

Eight is an action number. It indicates movement, rebirth, regeneration, and re-evaluation. Eight represents capability, spiritual fortitude, success, recognition, accomplishment, and attainment. Change is coming. Eight is associated with power that springs from within. In a reading, eight indicates a positive change for your Highest Good.

Fruition, attainment, bringing things to a conclusion, completion, fulfilment, selflessness, magnetism, idealism and giver of wisdom or inspiration. In a reading, nine means that situations or events are nearing their point of completion or have just been completed at the current level. Because remember, there’s always a higher plateau.

The number of completion, ten indicates the end of a cycle and renewal. 10 can also become 1 (1+0 = 1) and therefore the tens represent the same things as the Aces but on a higher level. In a reading ten can indicate endings, which of course transform into new beginnings. (Think The Fool.)

The court cards are people with personalities that reflect the qualities of their suit and rank. The court cards show us certain ways of being in the world so that we can use (or avoid!) those styles when appropriate.

King represents maturity and the masculine. He is a doer and his focus is on the outward events of life. He demonstrates authority, control, and mastery in some area associated with his suit. A King’s style is strong, assertive and direct. He is concerned with all things masculine, such as results and the practical, how-to side of life.

Queen represents maturity and the feminine. She is the embodiment of the qualities of her suit. Rather than acting them out, her focus is turned inward. She is relaxed and natural. A Queen enjoys just being in the world as opposed to results. She is associated with all things feminine such as feelings, relationships, and self-expression.

Knight is quite akin to an immature teenager. We all know one. He cannot express himself with balance. He swings wildly from one extreme to another in relation to his suit, and he struggles to relate successfully to his world. A Knight is prone to excess like an undisciplined child, but he is also eager and sincere. He means well, and this is his redeeming quality. We enjoy his spirit and energy.

Page is the playful child. He acts out the qualities of his suit with pleasure and abandon. He may not be full of depth, but his approach is easy and spontaneous. He is a symbol of adventure and possibility, and we love him for it.

The suits of the Minor Arcana

Let’s begin with the Suit of Cups. Cups resonate with the element of water, the direction of west, season of autumn, and the feminine. Thus it represents our emotions, relationships, feelings, and creativity. The meanings of these cards deal with all things emotional. This can be love, connection to another, personal relationships, or how we display emotions (or not). When cups appear, this can indicate that you are being led by your heart rather than your mind. Cups show us our level of emotional consciousness. Are we emotionally mature? Emotionally responsible and accountable? Closed down? Over emotional? All of these can be shown to us with the Suit of Cups. The negative aspects include being overly emotional or detached and dispassionate, having unrealistic expectations and living in fantasy. There may be repressed emotions, an inability to truly express oneself, or a lack of creative spark. 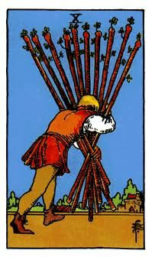 Now, the Suit of Wands. Wands resonate with the element of fire, the direction of south, season of summer, and the masculine. Thus wands represent action, creativity, fire, primal energy, intuition, strength, ambition, possibility, determination, and spirituality. They show us the spiritual level of consciousness and can mirror what drives you at your very core. They show us what really matters to us, which can sometimes come as a surprise if we’ve been repressing something. Wands also indicate what keeps us busy in life, be it work, hobbies, interests, ideas, and projects. The negative aspects include illusion, egotistical behavior, impulsiveness, a lack of direction or purpose, or feeling meaningless with lack of action.

Next, the Suit of Pentacles. Pentacles resonate with the element of earth, the direction of north, season of winter, and the physical world. This suit represents our relationship to our physical reality, including work, material possessions, prosperity, finances, nature, health, and our surroundings. They show us the physical or external level of consciousness. How do you create shape, transform, or grow your current physical reality? Pentacles can show us where we stand in regards to ego, self-esteem, and self-image. The negative aspects manifest as possessive, greedy, and overly materialistic behavior, over-indulgence and laziness, and being overly focused on career, success, and ambitions. 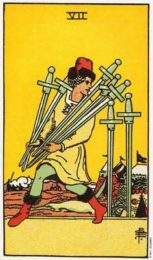 And finally, the Suit of Swords. Swords resonate with the element of air, the direction of east, season of spring, and the mind and intellect. This suit represents intellect, thought, and reason, and is concerned with justice, ethics, and truth. The Swords ideal is a clear mind, like a cloudless, light-filled sky. Intellect is a double-edged sword, as it can rule us through ego when left unchecked, or be ruled by us for action and learning. Swords is a suit of volatile power and action. Action can create and action can destroy. It deals with the mental level of consciousness centered around the mind and intellect, and can show you the quality of your current mind. Swords can be balanced by spirit (Wands) and emotion (Cups). The negative aspects of the include anger, guilt, harsh judgement, and a lack of compassion, which manifest as verbal and mental abuse. 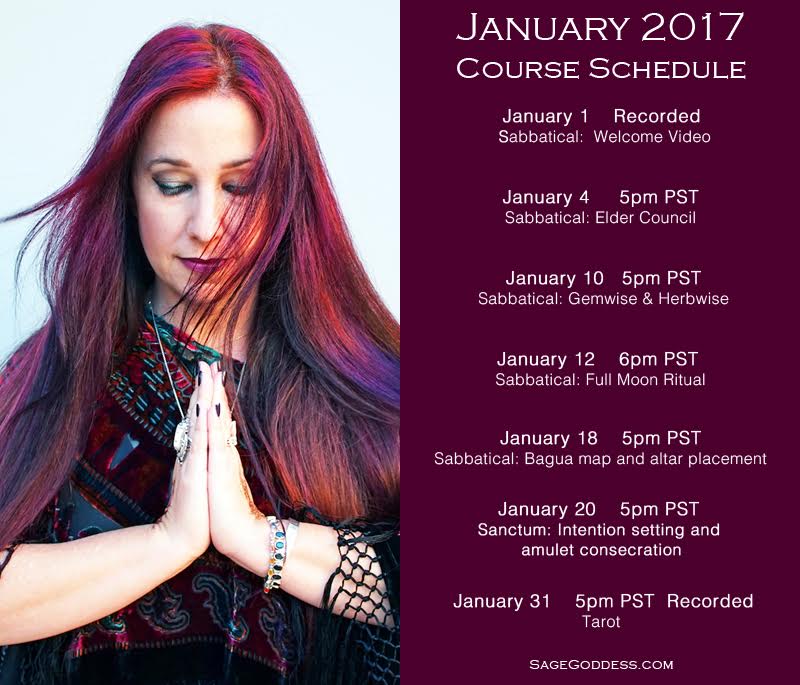