Surrender to the flood with Anuket 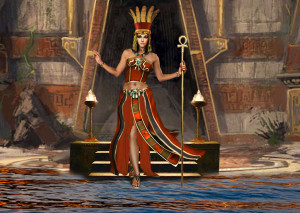 Anuket is the Egyptian goddess of prosperity and the Nile cataracts. She was closely connected to agriculture and farming, as she brought life-giving waters to the fields where crops were grown. She was also a goddess of fertility and hunting. She was the daughter of Ra, and was depicted wearing a crown made of reeds and ostrich feathers. A Nubian goddess by origin, she became assumed into the Egyptian pantheon and was worshipped at her cult on the Elephantine island, along with the water god and goddess Khnum and Satet. Her totem animals were the gazelle and fish.

Sailors often prayed to Anuket for safe journeys. The areas of the river she ruled over were the rapids, where there might be dangerous hazards such as rocky areas, whirlpools, or waterfalls. Passage through these parts could only be guaranteed during the annual flooding, which was seen as the return of the goddess Anuket and the personification of her blessings. Anuket was a bringer of life, but it is important to note that many goddesses across different pantheons had a role of providing fertility attached to them. This is perhaps due to a narrow – even sexist view of women, which has existed throughout the ages.

Anuket was celebrated in elaborate festivals each year on the banks of the Nile. Effigies of the river gods were carried out by priests to boats afloat on the Nile. There would be music, dancing, feasting, ritual incense burnings. Offerings of jewelry, gold, and coins would be thrown into the Nile to show appreciation for Anuket’s blessings of prosperity.

Our work this month is to continue to use water-element energy to encourage growth and prosperity, as spring brings us into the richness of summer. It is also important to look at the metaphor of the flood to help us manage difficult things and work fearlessly with the elements. In almost every single culture of the world there is a myth of the flood. The flood was often viewed as a punishment from the gods, but what if we looked at it instead as a blessing and a way to start anew? Perhaps the flood is not a punishment at all, but a necessary, powerfully cleansing force to help us navigate from where we’ve been to where we are going. The flood could represent obstacles that come up when you try to manifest change in your life. Most people give up when these struggles arise, but Anuket reminds us to stay strong and go with it. She encourages a  surrender to the elements, and teaches us that once you stop fighting, the blessings can flow in. I have a helpful mantra that reminds me of Anuket: when I stop fighting, I float. It is the law.

Define what prosperity means to you. Is it financial growth you wish to manifest for yourself this season, or perhaps you wish to deepen your well of spiritual abundance?

In what areas of your life can the metaphor of the flood be applied to reflect either an overflow of blessings or a feeling of being overwhelmed? How will you choose to work with water-element energy this month? 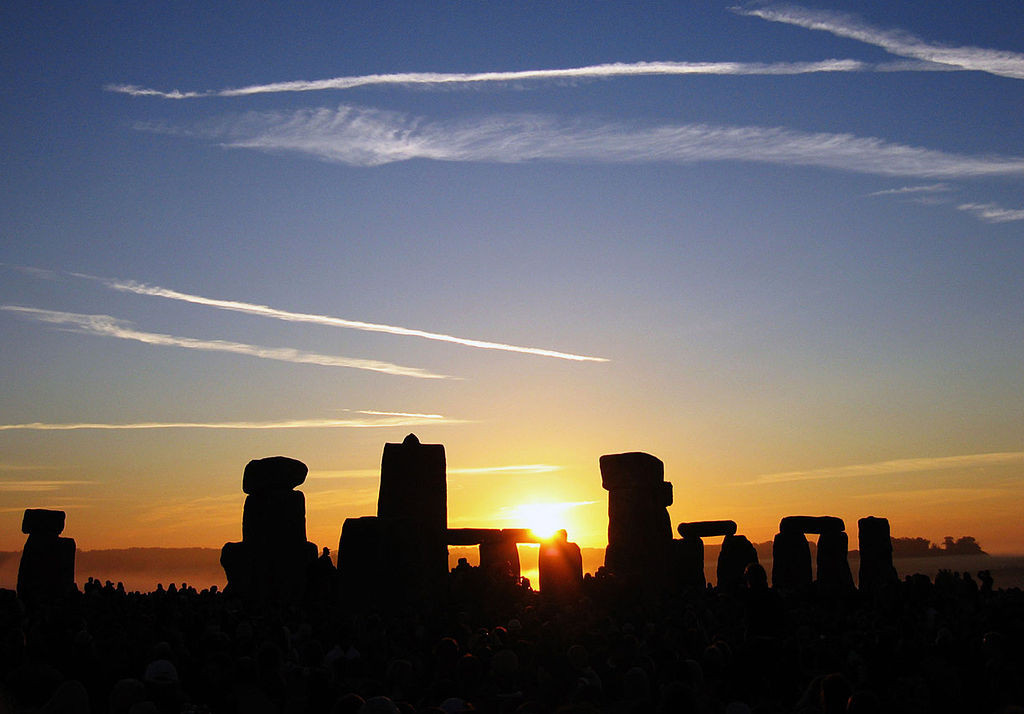 Our May theme – navigating retrogrades and Litha, the summer solstice

As I’m sure you know, Mercury is in retrograde until May 22, and Mars is in retrograde until the end of June. With two planets in retrograde, this can be a time when nothing seems to go right. It’s important to be gentle and patient with ourselves and others right now because of these celestial events. Even if you feel frustrated, remember when planets go retrograde, it can give us a second chance. If you want to try again – at a relationship, a project, an idea, a conversation – Mercury retrograde helps you revisit and rethink certain situations that can come up. Mars is the planet of war and aggression, so you may find people acting more hostile than usual, but don’t take anyone else’s negative behavior personally.

Summer Solstice – also known as Litha, is on June 20th this year, and as the midpoint of the year, it is a portal into the Other Worlds and the last chance of our calendar year to activate sacred intentions before we move into autumn and the seasons of reaping and rest. This is the day with the longest amount of daylight hours, and is a wonderful time to tap into the warm, fiery abundant energy of the sun before the hours of daylight start to diminish on the horizon. This is the time of reflection on what we are bringing into the second half of this year.

Magically speaking, Litha is special because it is a time when all four elements come together. Ancient early Christian monks wrote that midsummer was celebrated with hilltop bonfires, honoring the portal between the heavens and the earth. Fire and water were also brought together in Pagan traditions at summer solstice by the setting of large wheels on fire, and then rolling them down hills to be extinguished by falling into a body of water. Stonehenge was built to align with the sunrise on the day of the summer solstice. Our ancient Northern ancestors celebrated this midsummer point with great bonfires, honoring the sun and it’s last day of full force in the sky. This was an important day to them, because in June, there would be upwards of 18 hours a day of sunlight, as opposed to in the winter when that amount of time would be spent in darkness. They spent the summer solstice giving thanks for the long hours of sunshine and warmth.

At Litha, we honor the duality which exists in nature. The longest day of the year also signifies the decrease of daylight which will come as we make the transition into fall and winter. We celebrate light, warmth, abundance, fertility, and life at the summer solstice, and we tap into our own inner power, and really feel it thriving at this time. Fire signs will feel especially sensitive to the energy of this holiday. This is a powerful time to spend as much time as you can outside, honoring the sun’s gifts to the Earth and to celebrate the abundant life-force energy. You can charge your stones in the sunlight on the summer solstice, because sun energy has its own magical properties as well.