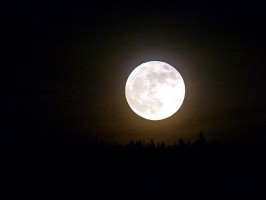 June’s full moon shines a light on our fears and insecurities, bringing matters which may make us feel anxious or threatened to the forefront of our minds. However, while this moon illuminates these often painful feelings, it also calls for us to let them go. It is time for a big release. Sag’s intensity really helps us to feel revitalized at this time, and physically, mentally, and emotionally purge any negativity which has been residing in our minds. Take a look at any projects you have started since the new moon; June 20th is also Litha – Summer Solstice – and first harvest. Now is a good time to look to any areas in your life which you haven’t been tending to as closely, especially relationships. Litha + a Full Moon in Sagittarius gives our energy a boost, to pay closer attention to what matters most in our lives.

Asherah, the destruction of the Matriarchy, and the return of the Divine Feminine 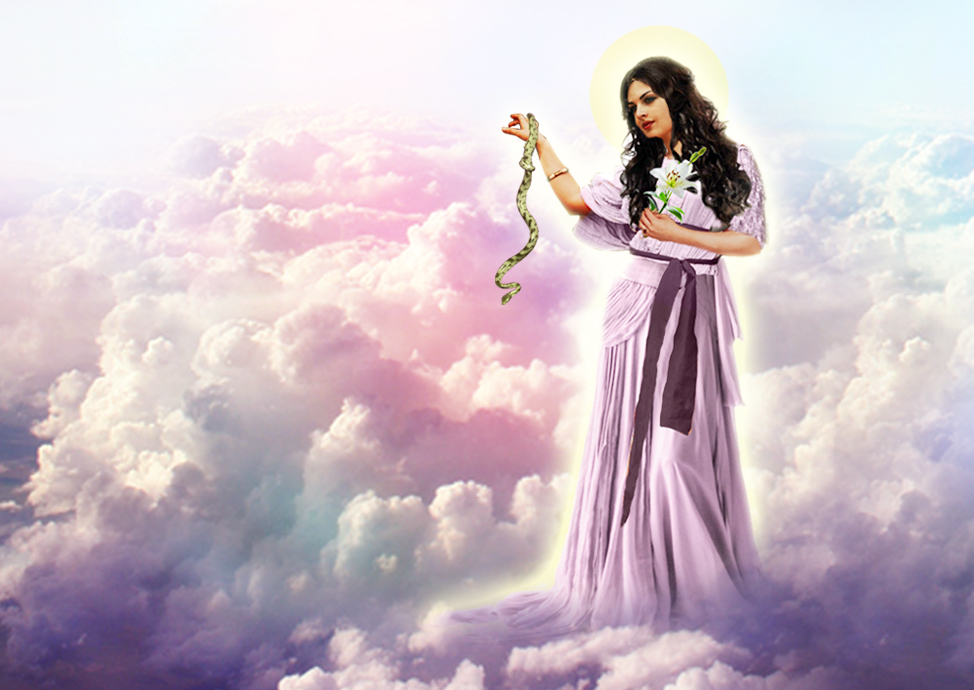 Asherah is our goddess of the month, and she is quite possibly the most powerful goddess figure we have studied this far. There is deep wisdom and insight to be gained from working with her. She is ancient, tracing all the way back to Caanan and the first civilizations of the Middle east. She was worshipped in Israel around the 9th century BCE, and had a cult following attributed to her popularization by Jezebel. She is the Tree of Life, the Earth Mother, and was mentioned over 40 times in the Old Testament as Yahweh’s wife. The rise of Christianity brought a patriarchal society and worldview, and Asherah was systematically eradicated from the ancient texts. Her sacred groves of trees and carved wooden poles were burned to the ground, and her followers were punished for worshipping her. Thus began the demonization of the Feminine, and the distortion of ancient texts to portray women as evil and impure. Asherah was the Queen of Heaven, and represented the feminine aspect of God. Hebrew women prayed to her, because they needed a feminine deity who they could consult on all matters concerning women, such as childbirth, fertility and marriage. Through our study of Asherah we can learn so much about history, feminism, and current religious discourse that seeks to disprove the existence of the original Matriarchy. Asherah is not gone, nor is she forgotten, and she is a powerful goddess whose love and Divine wisdom reigns over this season of growth and light.

Here is the invocation I wrote to honor Asherah at this month’s full moon. You can read it to summon her energy all month long:

Asherah, Shekinah, and Queen of Heaven,

you are the Tree of Life.

You bridge the realms of heaven, Earth, and the underworld,

and you have the knowledge of all time within you.

You were the wife of Yahweh in ancient Israel,

and remain the feminine face of God,

the force that balances and brings creation.

I give thanks for your constant love and protection.

In the Kabbalah, your branches

are the map of the cosmos,

showing us the ways God works through us,

teaching us that with spirituality

and our experiences with others

we may understand and work with the Divine,

coming ever closer to our own enlightenment.

In you, the Feminine is not forgotten;

we remember She is the source of creation.

We rise up to honor you,

with an inspired sense of belonging.

and we reclaim our power as women.

Litha is approaching, and will dawn on our skies here in the Northern Hemisphere on June 20th, which is also a full moon. A full moon Summer Solstice is a rare occurrence that won’t be happening again anytime soon. We must harness the profound power of this event to not only release stagnant energies, but to summon the last remaining fire of the summer sun to fuel our soul work and growth this year. Litha is the first accounting of what we have cultivated this season. It’s an invitation to ask ourselves where we are in terms of what we’d like to get done before the season of rest. It can put pressure on us to get motivated and act on our intentions, so that Lammas – or first harvest – doesn’t come as a shock. This is our last chance to tend to our soul crops before harvest, so try to laser your focus in on what it is you are trying to accomplish.

Asherah is the great Mother Goddess of the Middle east. She is the Tree of Life in ancient Hebrew civilization, before the rise of a monotheistic religion. She is revered for her utmost knowledge on all matters of past, present, and future. She is also a wish-granting goddess, and she bequeaths the big requests, so it is important to remain humble and approach her with respect. She was portrayed as a curvaceous goddess, with full breasts and hips, and it is from these depictions of her that we get the archetypal “goddess” image of an hourglass female figure. Her form was carved into wooden poles, and these totems were placed in the ground at sacred shrines to Yahweh, among groves of trees, which she personified.

Asherah originated in Canaan, and appeared throughout the ancient Hebrew texts of the Old Testament, as the Queen of Heaven main consort of Yahweh. Her worship spread to Israel, and her image was found throughout the temple of Solomon. She is as much attributed to the creation of Earth and Humanity as the Father-God is. We can look at her as the feminine counterpart of God, bringing balance to the Divine Masculine. In the ancient artifacts found from this region of the world, she was sometimes portrayed holding two snakes, and was also shown with two lions on either side of her.

Asherah has many counterparts and correspondences across religions and pantheons. She is Gaia, and is connected to the other main goddesses of the Middle East, Ishtar and Astarte. Her Egyptian association is Hathor, and in Christianity, parallels can be drawn between her, Mary, and Eve. She is the Tree of Life, and the Shekina of the Kabbalah. In the Ugaritic religion she was equivalent to the goddess ʼAṯirat.

Gotu Kola (The Herb of Enlightenment): 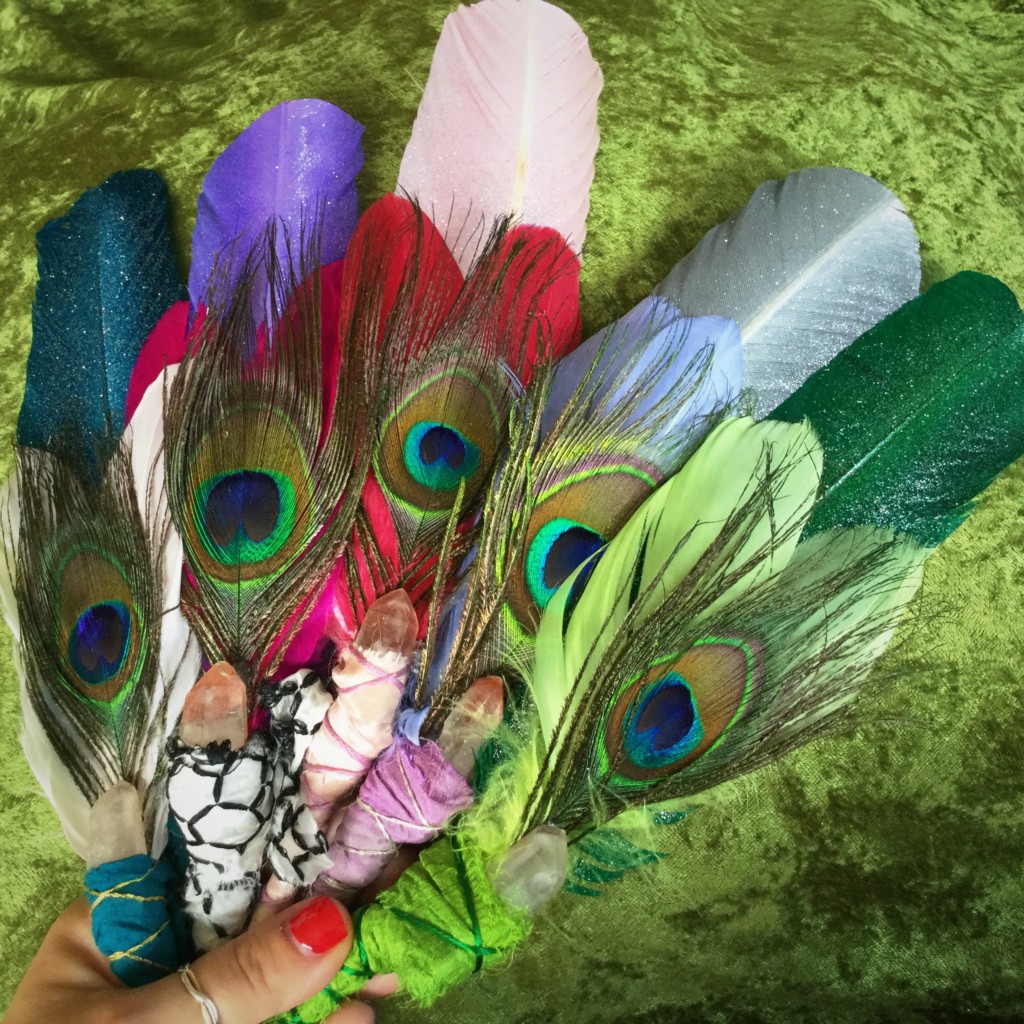 I am so excited to craft smudge fans with you on June 9th! This is a craft which is deeply sacred to me; smudge fans are one of the first tools I started making for Sage Goddess. We use smudge fans to move our smoke during ceremony. This invokes the element of air, and helps move energy through a space. They are functional, necessary tools, and they look gorgeous, too. These tools also call in animal medicine, a formal and powerful layer to our smudging rituals. It is a way to invoke and combine the energies of different birds with crystal healing. Smudge fans can also be used as cord cutting tools. We will talk more about this in our class. Start thinking now of the smudge fan you’d like to create. Here is a list of some supplies you may want for our session:

As always, let your intuition guide you when selecting your supplies. Ask your guides to help you find feathers, on your path. 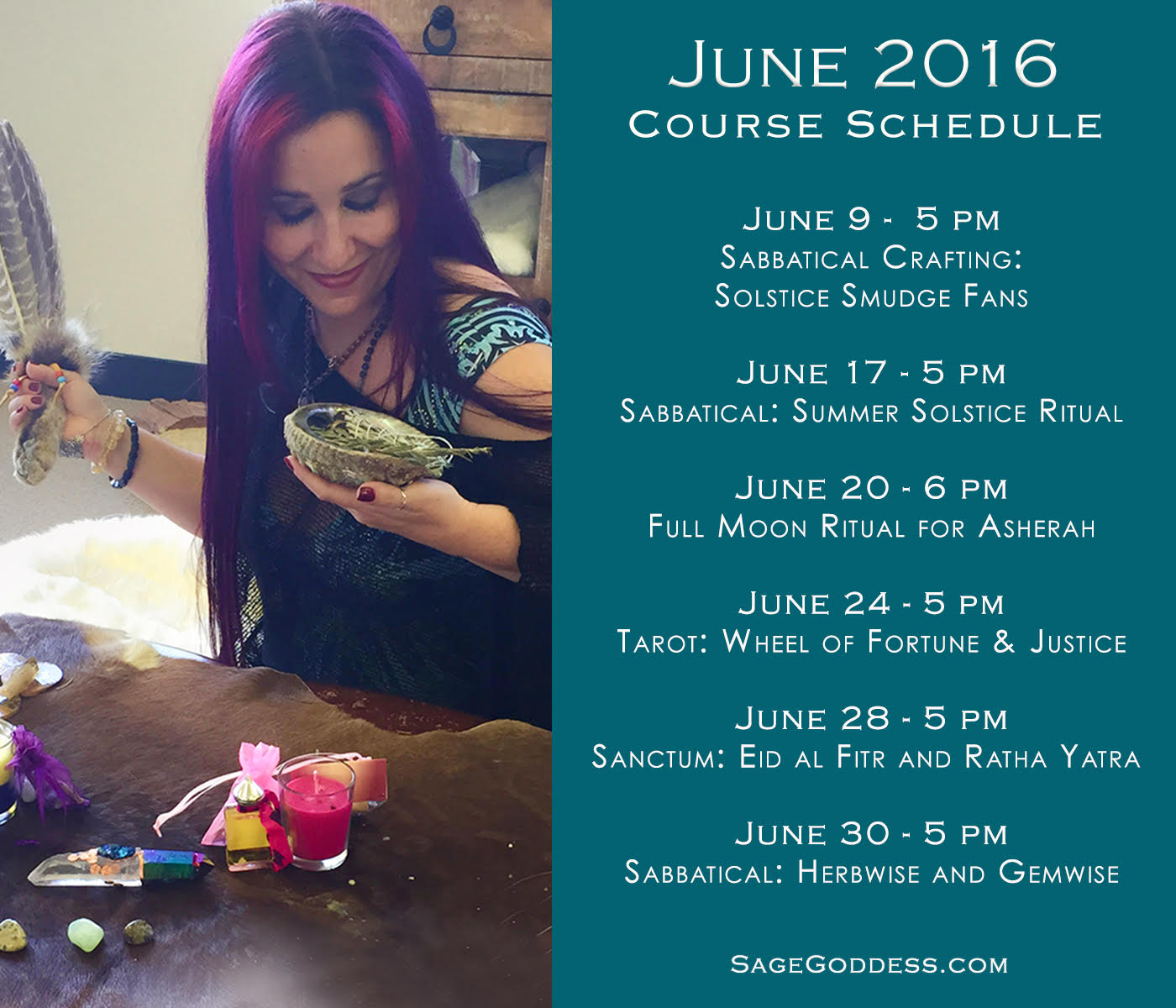