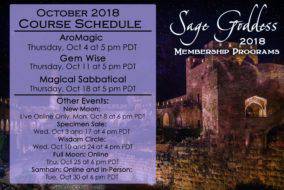 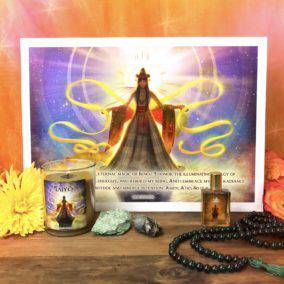 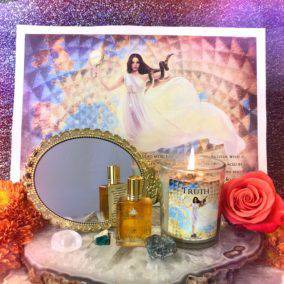 Ancient Japanese, like the Romans, believed that gods and spirits inhabited every aspect of their lives – from the mists of the mountain tops to the blades of grass and water gracefully falling over secluded forests. Japan’s natural beauty was (and still is) so remarkable that it evoked a deep fascination with its complexity, known as the religion of Shinto – the Way of the Gods. Shinto incorporated every facet of nature with a spirit, or deity, calledkami. The kami were friendly spirits who watched over humans and maintained the peace if kept satisfied. However, if the Japanese people violated the cardinal rules of spiritual and physical cleanliness, the kami unleashed their wrath. And so, to appease the kami, Japanese kept their sacred places immaculate by undergoing regular purification rituals.

Shinto maintained unity amongst its people by associating their very existence through myths and legends, such as the divine beginnings of Izanagi and Izanami – the deities who created the islands of Japan. After they descended from the heavens, they had many offspring including the most important deity in Shinto: the sun goddess, Amaterasu.

Amaterasu is the central deity of the Shinto religion. Goddess of the Sun and Universe, her name is derived from Amaterum which means Shining in Heaven. Amaterasu famously hid in a cave in fear of her brother, who tried to discredit her. Amaterasu had no idea how beautiful life was until the gorgeous Shaman Uzume strung a mirror and a jade necklace outside of the cave to reflect her beauty. When she caught her reflection, she gave life back to the perishing lands and never hid again. Amaterasu is responsible for keeping harmony in the earthly realm and is the only female supreme deity in any Japanese religion or pantheon. Even the rising sun depicted on the Japanese flag symbolizes Amaterasu.

Generations of Japanese emperors claimed their divinity by tracing their lineage back to Amaterasu herself. If an Emperor was found to be the direct descendant of the sun goddess, he was worshiped as a living god.

Every twenty years, the Japanese hold a sacred ceremony called “Sengu”. The purpose is to rebuild Amaterasu’s shrine, which takes place in the Ise City. Rebuilding her shrine renders her sanctuary eternal, and the skills of shrine builders and craftsmen are also passed on from generation to generation. Sacred treasures, clothing, rice, and wheat are all offerings that remain in the shrine until it is rebuilt twenty years later.

During this Sabbatical class, we will rebuild! Let’s take apart your altar and remove tools that no longer serve you. Write a letter to your future self, seal it up and read it a year later. Let’s honor the bright light provided from Amaterasu and make an altar of courage – one that stands in an abundance of beauty and illuminating energy.

Once you have cleared your altar and sealed your treasures, begin a ritual with a clean slate. Remember, intention matters more than your actions. Be present and mindful, and focus on the intentions you put into every movement you make during ritual.

First, burn white sage to lift the room, inviting in only the pure, positive vibrations. All ritual must always begin by removing any negative vibrations from your space. With your eyes closed, stay in the connected beam of white light.

Anoint yourself with my Amaterasu Perfume, created with uplifting notes of ginger, cedar, and lemongrass to help you energize, cleanse, and support your spirit.


Allow your Taiyō Candle to serve as the centerpiece on your new altar. Place the stones around the candle. Then, light your candle, come into present time, take three deep breaths, and visualize yourself in your purest form. What do you need to release? How will you transform?

As you focus on yourself, stay present using your Chinese jade mala. Wearing or holding mala beads helps you stay present and focused on your intentions. Jade is the stone of good fortune and a potent talisman of balance, protection, and harmony. Take in all your beauty, even the dark parts of yourself. Close your eyes again and be grateful for everything you are, you’ve been, and will be.

This set is filled with tools intentionally chosen to help you create an eternal sanctuary, inside of yourself and out. It’s time to release, revive, and shine!

I chose ginger, cedar, and lemongrass for my Amaterasu Perfume. Anoint yourself, your candle, and your stones with this blend to invoke Amaterasu’s blessings. Allow her to show you your own brilliance, so you may radiate happiness and be the beacon of light in the darkness. Your bottle of perfume has been infused with a sunstone chip stone to fill you with clarity and optimism.

Ginger is incredibly empowering. It induces feelings of self-assurance and courageousness. Cedar has been used for centuries to cleanse, purify, and heal. And lemongrass increases energetic awareness and mental clarity and is useful for overcoming fatigue and feelings of anxiety.

Use the Taiyō Candle in this set – which is hand-poured with deep yellow soy wax and infused with a clear quartz chip stone – to invoke your inherent power.

Your stone duo includes one natural fuchsite and one silver leaf jasper. This set is intended for use during ritual.

Fuchsite is the stone of life force. This gem possesses a vibration that is soothing, balancing, and restoring. It is a true healer’s stone.

Silver leaf jasper is the stone of strong willpower, organization, enhanced focus, and self-discipline. This gem offers guidance when struggling to find focus, increases independence, and helps you stay firm against intimidation.

Use the Chinese jade mala to support your prayer and meditation. Wearing or holding mala beads is said to bring about higher consciousness and balance, as well as an awakening of the spiritual body. Jade is the stone of good luck and prosperity, and a talisman of balance, protection, and harmony.

Place your custom-made SG canvas art on your altar and use your stone set to place as you feel called during class. 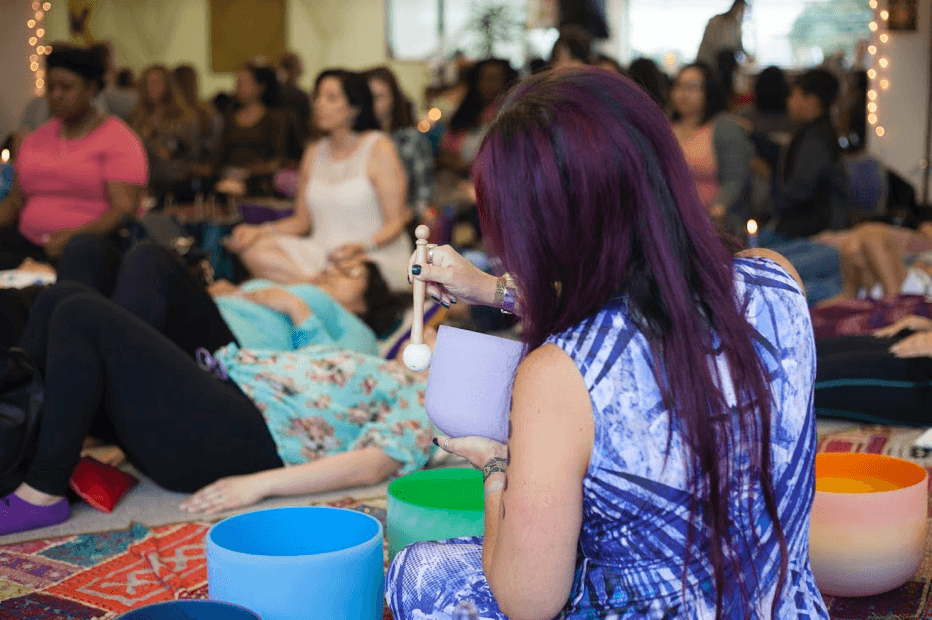 Sisters – We have been journeying through A World of Magic this year, and many of you have been with me for much longer. Together, we activate and integrate magic in ritual and in our daily lives. We support each other with open hearts and allow ourselves to be seen. Our divine sisterhood is sacred to me, and I’m so thankful for each of you and how you hold this space with me in meditation, discussion, prayer, and intention. We get real and we go deep! In light and shadow, laughter and hard times, we hold each other steady and lift each other’s spirits. Our virtual connection is powerful, but there’s something extra special about being together in the same physical space. This is our time to step away from day-to-day existence and retreat into soul exploration, Elder Council, drum circle, and so much more. I’m so excited to share this experience with you!

This retreat will be held October 25 and 26 at Sage Goddess HQ.

Attendance is limited to 75 people who must have an active Sabbatical membership now, and uninterrupted through the dates of the event. Friends and family are welcome to travel with attendees and attend public SG events (space permitting) but only registered attendees will be allowed to attend and participate in retreat functions.

The first 75 people to register will have secured attendance. Tickets are on sale through Eventbrite with no additional fees. A waitlist will be provided for those who do not secure a ticket for this event. If you do secure a ticket but will be unable to attend, please contact [email protected] so we can offer your ticket to the person at the top of the waitlist. Those on the waitlist will receive priority for spots that open up due to cancellation.

Tickets are not transferable. Sage Goddess assumes no liability for attendees at events and all attendees will be required to sign a waiver prior to attending.

This retreat will be held at SG Headquarters but does not include room and board. Recommendations will be provided for travel and hotel accommodations. Some food may be provided at this event, but each attendee will be responsible for his/her regular meals.

What are my transportation/parking options for getting to and from the event?

This event is located at Sage Goddess HQ in Torrance, CA. We are located on a commercial lot with plenty of free parking. Uber and Lyft are also very popular rideshare options.

What can I bring into the event?

You may bring your stones, candles, perfumes, smudging tools – all the things to create your altar. Remeber to dress comfortably and be prepared to remove your shoes before entering our ritual space.

How can I contact the organizer with any questions?

Is my registration fee or ticket transferrable?

Tickets are not transferable. If you realize that you are unable to attend after securing your ticket, please contact [email protected] so that we can offer your ticket to the person on top of the waitlist.

Things to do in the area: