The Magic of Sumeria
Part 1 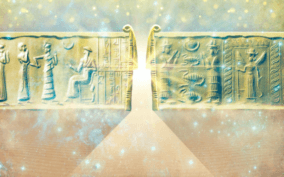 Happy New Year, and welcome to 2018! I am so excited to enter the World of Magic with you as we embark upon our new 12-month curriculum of classes. This year, to keep things fresh and interesting, I will provide you with new class content at regular points throughout the month. We’ll let you know on Facebook when we’ve added something new! Visit this page regularly to expand your awareness and deepen your knowledge in preparation for our monthly class.

Welcome to the first stop on our journey around the World of Magic. I am beyond excited to share the magic of Sumeria, the cradle of history, with you. To understand Sumerian magic, we need to first see life from ancient Sumerian perspective. In Mesopotamia, the gods and goddess came first, and humankind was placed on the Earth to serve them. There was equality between the sexes, and also between gods and goddesses, an empowering example of balance between masculine and feminine energies. These salt-of-the-earth people maintained a three-fold economy, agriculture, animal husbandry, and fishing (including exploration and trade). They valued civility, service, peaceful negotiations, devotion, sacrifice, sensuality, the art of love, and reverence. The intact family was central to Sumerian society, and the household was synonymous with the temple, and the woman of the house was the Great Goddess herself.

Wisdom was of the utmost importance to ancient Sumerians. Wisdom was not of the moral sort, rather, it was the knowledge of the gods and goddesses, ritual and invocations. Ritual was the highest priority, and every act was ritualized, there was no division between the mundane and the spiritual. The literal laying-on of hands and the magic of touch was a  healing life force exchange between humans, and could signify the blessings or curses from the hands of the gods and goddesses. The Great Temple received offerings three times a day, everyday, and more at great moon festivals. The moon was the symbol of the sacred in the Heavens, and the entire society of Sumeria was built around a moon cult. Women harness the power of the moon within, and the origin of ritualistic observations comes from the relationship between the menses and the lunar phases. Seclusion during menses was a way to harness and contain the immense power of menstruation. We know that when a woman is on her Moon, she is especially sensitive, psychic, intuitive, and spiritually connected. She is closer to the Mystery. 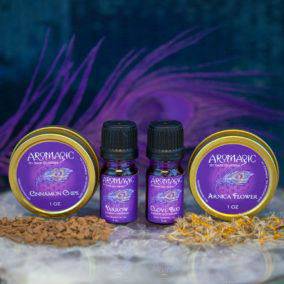 The Sumerians were the first to document disease and treatment, and all procedures and remedies were performed in the name of the gods. Sumerian Cuneiform was the first written language, and Enheduanna, the High Priestess of Sumeria, is the first documented author and poet. Enheduanna, a devotee of Inanna, brought rise to the first Cult of the Goddess, which became the foundation for all goddess worshipping cultures thereafter. Inanna is the Queen of the Heavens, later known as Ishtar, Venus, and Aphrodite, exalted above all other gods and goddesses. She is both the container and that which is contained; both masculine and feminine in divine nature. Enheduanna’s hymns to Inanna reawaken us as Divine women of the Goddess, and acknowledge the value and inherent Divinity of men. Sumeria teaches us much about our relationships with wisdom, worship, nature, Divinity, feminine power, and the balance of energies within and without.

During AroMagic’s year-long journey across the world of magic, I will bring you oils, herbs, resins and spices that were used in ancient magical practices, or align with the theme of our monthly focus. This month, we will be focusing on the magic of Sumeria and sweet spirit herbs and oils that balance masculine and feminine energy across all planes (physical, mental, spiritual, auric). I am so excited to take you deeper into the world of aromatherapy as we explore these herbs and oils together. No matter if you’re brand new to aromatherapy or knowledgeable and experienced, this class is a place for all to take their knowledge deeper.

The herbs and oils we are focusing on this month are partnership plants – herbs and oils that have gone the distance for humanity for thousands of years. Incalculable amounts of people gave their lives to further the distribution of some of these spices to farthest reaches of the globe, all to satisfy the desire for the taste, smell, medicine, and magic of these beautiful plant allies. Here’s a profound consideration, maybe these partnership plants had an agenda to get to us right here, today. our human story is completely interwoven with the poignancy of these botanical forms. I believe it was not just human desire that originated the movement of these oils and herbs, but it was the medicine and magic of the plant itself that used us to extend its power across both time and space. As we explore the deeper properties of our first 2018 AroMagic set, observe the power of equality and mutuality these botanicals exhibit. This range of offerings will bring balance and integration into your practice, you will feel a calm binary of masculine and feminine duality within you; an energetic frequency that will extend into your relationships and day-to-day reality. From this space of internal balance, both intellectually and emotionally, the natural sweetness of the heart rises and presents itself unabashedly, which is one of the natural gifts presented to us through the inherent power of this month’s set.

Our oils— yarrow and clove, and our herbs— arnica and cinnamon chips, are deep healers.  They go beyond superficial introduction and short term effects. This grouping, these partnership plants, penetrate through to the deepest layers of our being, quite literally. Traumatic wounds, breaks, and sickness both physically and psychologically, can be treated and healed. On an elemental level, most of these offerings are heating, they’ll ignite the fire of digestion, the fire of romance, and set ablaze the fire in your eyes. They will light your dreams and enhance lucidity and insight. These ancient allies can set the soul on fire. And they are patient, and loyal, and committed to us. Even now, an old, forlorn canister of one or more of these agents are probably waiting for you in a cabinet in the kitchen. Powerful; a sentinel from beyond,— a powerhouse in disguise. Now, we can enter into active partnership with these herbs and oils, allowing their deep magic and ancient wisdom into our lives with the same attentiveness we give to our people-partners. These plants spanned time and space, with great proclaim and heavy tolls, for us to know them here, together, today. 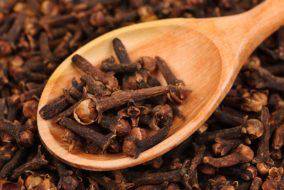 The magic of clove extends beyond its pharmaceutical profile. It is a power-spice with a variety of spiritual uses. In its masculine essence, cloves are heating and stimulating. Clove rouses our loving and sexual natures. Its anesthetic quality both clears and shields negativity from physical and auric spaces. Traditional clove rituals involve studding an orange in decorative patterns with the spikey end of the clove, and hanging it from a ribbon to draw abundance into the household and dispel misfortune. Clove spikes placed in wallets draw prosperity and luck, while passing a satchel of cloves to a friend ensures loyalty.


In modern times, yarrow can be used in incense and oils for divinatory purposes, auric cleansing, and love spells. Yarrow tea can also be drunk prior to divination for single-minded focus. Yarrow can be used to communicate psychically with loved ones, and can enhance empathic bonds in times of miscommunication. When hung over the matrimonial bed, yarrow  ensures seven-years of lasting love, and adding its yellow flowers to bridal bouquets and garlands achieves the same effect. And, it works like a charm to ease the pangs of childbirth when present in the birth room. 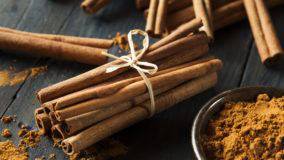 Cinnamon has been traditionally used as a cordial, tonic and a stimulant. It reinvigorates the feeble and has been used to treat individuals with chronic muscle loss. Cinnamon has been used to treat digestive problems, but it is rarely prescribed alone. Traditionally, it is used in combination with vegetable infusions, chalks, or stronger opioids. Otherwise, it is added to other medicinals to improve their flavor and as a preservative. Cinnamon’s power as a retardant is evident in its historical usage as a food-preservative in unrefrigerated and tropical climates. Although the antimicrobial and antibacterial properties have not factored into mainstream medicine, it is used in Chinese Medicine and as a folkloric cure. Cinnamon’s long history of use speaks to its relevance.

Arnica’s inherent powers not only protect and heal the body, this power extends into the physical and energetic environment, as well. In the pagan regions of Germanic Europe the physical environment directly extends into the spirit world, and so does arnica’s healing and protective powers. There, arnica bunches were offered to the four corners of fields to enhance the fertile power grain spirits and to ensure a bountiful harvest. Similarly, arnica would be planted around domesticated areas to keep spirits from either entering or leaving. This energetic protection only lasted as long as the arnica grew, (arnica is a perennial and dies back in the fall). Burning the dried arnica after the midsummer was strategy to dispel thunderstorms that threatened crops, and to banish the spirits that lingered around edges of the fields in the dark time of the year.