The Legend of the White Buffalo Calf Woman, Bringer of Wisdom

November is Native American heritage month, and I would like to share with you the legend of White Buffalo Calf Woman. Various ideas had been proposed since 1915 by Native and non-Native people – including several presidents –  to designate a special day to honor the significant contributions that our Native peoples have made to this country. It wasn’t until 1990 that President George H.W. Bush approved a joint resolution to designate the month of November as National American Indian Heritage Month.

The indigenous tribes of North America, known to many as Turtle Island, have suffered long and perilously. To say that our Native peoples have been mistreated throughout our nation’s history is a remarkable understatement. The tragedy continues to this day. Even now, they rise to defend the water of the nation in the face of adversity and development. If the Lakota name sounds familiar it’s because you may have heard of the the Dakota Access Pipeline and the situation at Standing Rock. To learn more about how you can help, go here.

There are so many legends and prophecies which mirror each other, being told across many traditions and tribes across the 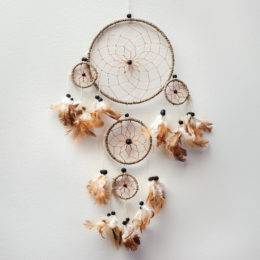 Americas. And all speak of the White Buffalo Calf Woman and when she would return to usher in a new era of unity amongst all the children of Mother Earth. If you would like tools to celebrate and honor Native American traditions, I’m offering a special Native American Ancestral Kit here.

Are you familiar with White Buffalo Calf Woman?

The legend of White Buffalo Calf Woman was born some 2,000 years ago, and is an integral component of the spiritual practices of numerous Native American nations. There are several, but essentially similar versions of this legend. The general consensus however is that all interpretations are based primarily on the words of Chief Joseph Chasing Horse, who is considered the traditional leader of the Lakota Nation.

In a society dominated by male warriors, this story is dominated exclusively by a singular female figure.

It is told that long ago…there was a great famine. The Lakota chief was desperate. He sent two scouts on an expedition to locate game. The two young men travelled far and wide, but could find no food. Suddenly, in the distance, they both saw a human figure, floating in their direction. As she got closer, they saw that it was a beautiful young Indian woman wearing a white buck skin. A bright red dot was painted on each cheek, and the colorful adornment she wore was not of this Earth.

The two men were astonished. Clearly, this was no ordinary woman. The reactions of the two young men couldn’t have been any more different. The first man was immediately consumed by lust, while the other, sensing the presence of divinity, was filled with reverence and fear. Ignoring the second man’s warning, the lust filled man approached and forcefully embraced the beautiful woman.

As this happened, the second man could only watch in horror as a white cloud enveloped his companion. After a moment, the cloud disappeared, and all that was left was this mysterious woman standing beside a pile of bones. Naturally, the second man was frightened. Sensing that he too would die, he bowed to her, but the holy woman said that no harm would come to him, as his thoughts and motives were much different than those of the first man.

Speaking in Lakota, the woman said that she was wakan (holy). She then explained to him that if her words were heeded, she would come to his people and bring them good things. Once he returned to camp, he shared her instructions with the chief. As requested, an altar was immediately erected for her arrival. After a long wait of four days, she came to the tribe.

She taught the Lakota about the circle with no end, how to pray, and reminded them that buffalo was an animal that represented the entire Universe. She then spoke to the Lakota woman and reminded them that they were just as important as the warriors. Most importantly, she taught them the seven sacred ceremonies to ensure that they would always remain the caretakers of the land, and she gave them her greatest gift of all: the Chanunpa, Chanupa, or C’anupa, or sacred ceremonial pipe.

After teaching the Lakota people and offering them her gifts, she left, promising that she would return. The people watched her walk away. As her image grew distant, she stopped and rolled over four times. First, she became a black buffalo. Then, a brown one. The third one was red. And the fourth became a white female buffalo calf. It is said that a white buffalo is the most sacred living thing that one can ever come across.

The moment she vanished, herds of buffalo appeared to the people. And from that day, the buffalo supplied the people with meat, skins for their clothes and tipis, and bones for all their tools.

White Buffalo Woman left, telling the Lakota people that as long as they performed the seven sacred ceremonies, they would always remain caretakers and guardians of the sacred land. The people would never die if they took care of the land and respected all things of Mother Earth, and such the Lakota people are indeed guardians of the earth as so many Native American tribes are.

White Buffalo Calf Woman promised to return again one day, and prophesied she would return in the form of a white buffalo calf and the calf would change colors four times as it grew. That event would be a sign that it she would return again soon to purify the world, bring harmony, balance and spirituality to all nations. Many believe and hope the age of her return is upon us.

How will we know she has come back? When the white buffalo returns.

Ostara and the Spring Equinox Spring draws near, and with the vernal equinox comes Ostara, goddess of the dawn and…

When it comes to famous forbidden love affairs, Mars and Venus are right up there with Romeo and Juliet! Humans…

One thought on “The Legend of the White Buffalo Calf Woman, Bringer of Wisdom”