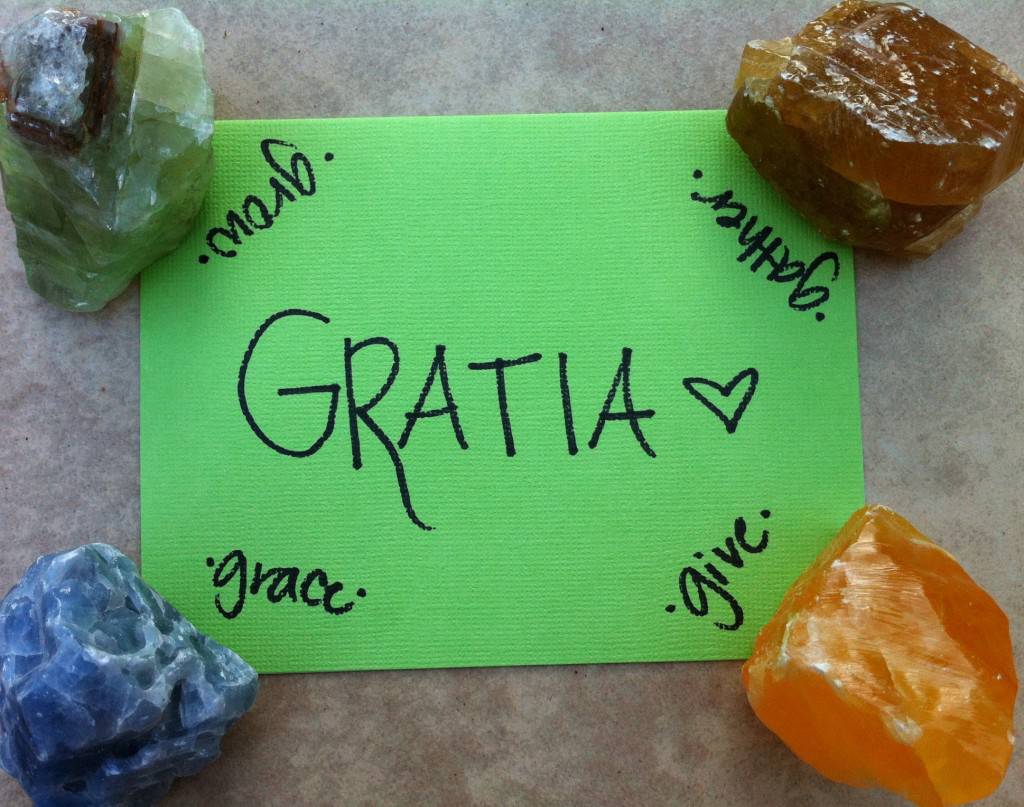 Since Sage Goddess launched, many people have asked me, “What is Sage Goddess? What’s your purpose?” And it’s simple: To infuse life with magic and ritual, and to inspire us – all of us, men and women – to access the divine power, sacred beauty, and innate grace that are our birthrights. A goddess behaves, thinks, engages, and believes in very specific ways that I will explain over time through this site, my teachings, and my products. One of those ways is the subject of this post.

Hang out with me long enough and you’ll find that I have a fascination with languages – especially Latin. I have formally studied more than a dozen languages in my life and Latin, of them all, speaks to my soul. Maybe that’s why I’ve given some of my products, like my oil blends, Latin names. As I’ve developed the Sage Goddess concept and begun planning later offerings like the seminars I’ll be launching this winter, I’ve been isolating the qualities I associate with the development of a goddess mentality and – no surprise! – they are all Latin words. And the first of them is gratia. Gratia is the root of the name Grace and the concept of grace in English, which has come to be beautifully associated with the Christian concept of redemption and forgiveness. In Latin its meaning expands, to include the concept of a free gift or favor, and also a blessing. Gratia is an offering, which is the fundamental principle of Sage Goddess: To give and receive fully and abundantly and be in divine flow. Giving and gifting are sacred practices in any form. I like to use the metaphor of planting seeds without any expectation of growth – planting for the sake of sowing and offering nourishment to the Earth alone. That is gratia. And it’s as much about the intention as it is about the act.

This week I’m celebrating the launch of Sage Goddess with an awesome giveaway that I offer without any expectation of how that investment will return to me. It’s an offering, a gesture of gratitude and thanks-giving, of celebration. It’s a modeling of a practice that I feel is critical to the process of unlocking our divine selves. My own mother, who is visiting from out of town, modeled the same practice of gratia so beautifully for me today in fact. We were sight-seeing when she came upon a homeless man to whom, she told me, God had moved her to speak. She spent about 15 minutes with the man, named Stone (of course!), and when she was done she simply said, “I had a message for him. God wanted me to tell Stone how much he loves him.” There was my Mom, giving and offering effortlessly and without expectation of return. Of course in a universal sense there is always a return; good energy is returned to the sender (as is negative energy) but the beauty is you can’t predict the form of return. So you should not act with expectations in mind. That part is out of your control and in the hands of the divine.

I leave you with a question, then, as I often will in this blog – how are you experiencing or engaging in gratia right now? And how intentionally are you doing so? I do believe you can change your life by opening your hands and your heart wide. Wider than you think is safe or possible. Out beyond your fear is a space of sacred communion where your offering is met with a well of gratitude that never runs dry.

Grace-filled blessings to you,
Athena