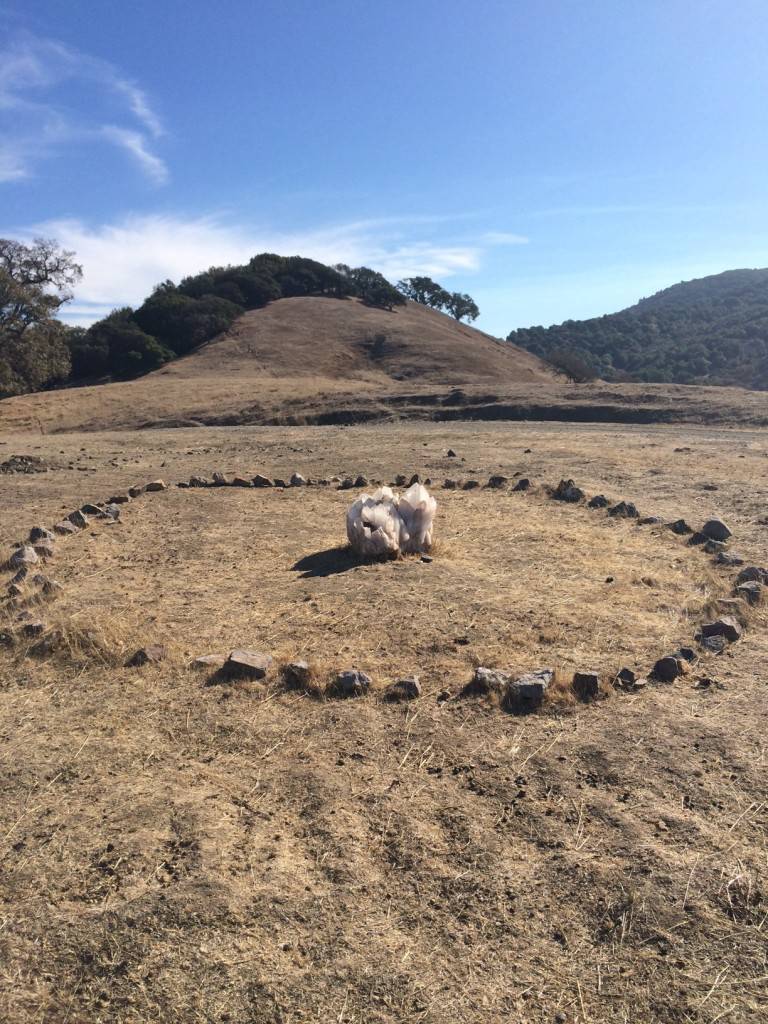 Connecting and listening to the Earth

This weekend I had a the opportunity to travel to the mountains of Sonoma County and be photographed in a day-long shoot with Goddess Photographer Stacy de la Rosa. I drove for two hours, crossing the magnificent Golden Gate bridge on a rare crystal-clear day, reaching the mountain just in time for the sun to be casting shadows and turning the dying grass a warm golden hue. When I arrived, I parked under a chestnut tree and was gifted these fist-sized chestnuts from her branches, polished and smooth, symbols of abundance and offerings of Earth. 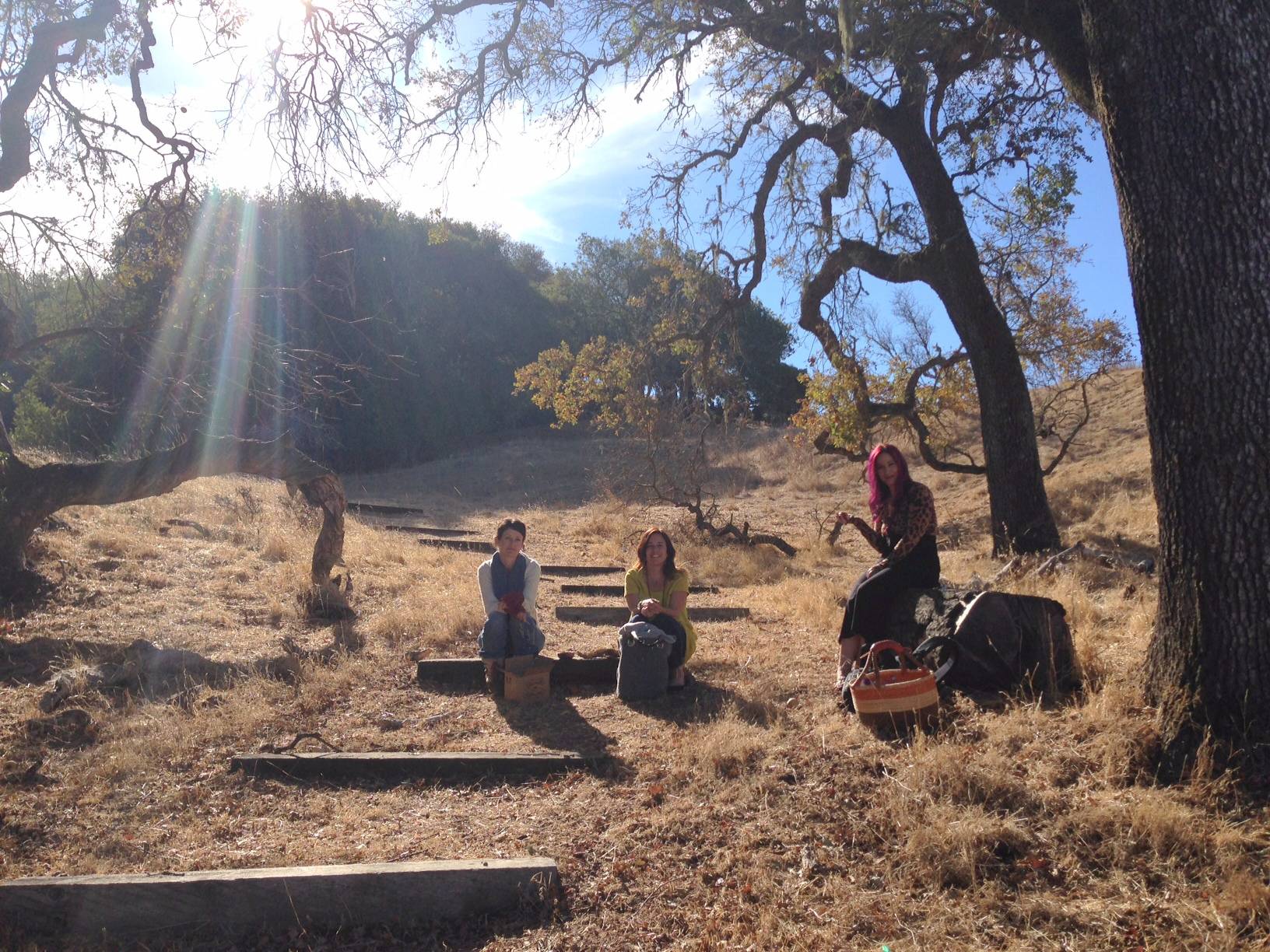 We traveled the entire mountain in a large circle over the course of 8 hours together. We began in the spot featured in the top image of this post – a sacred circle of stones surrounding a massive quartz cluster. I smudged us and our tools and we kneeled outside the circle before entering, asking the spirits of that space for permission to enter. Once permission was granted, I performed a ceremony in the circle that Stacy captured in images. I charged my quartz sphere on that cluster and with my wand, called to the four directions, summoning them into the space. As I turned my body and called to the corners, arms and wand outstretched, the unending views of mountain and sky before, I felt an intensely earth-bound power moving from my crown chakra to root chakra in a flood of energy. When we finished, we closed the ceremony and thanked the spirits of that place for allowing us to enter. We moved this way all day long from sacred space to sacred space. Perhaps the most potent power I sensed was at the great Labyrinth on the eastern edge of the property. When we arrived, I mentioned that there were much older, more masculine, and darker energies there clustered around the foothills and on the hillside above us. We performed our ritual again, smudging and asking permission to enter. This time, we were ‘tested’ and only given permission once we had ‘passed’ the test. Then the spirits allowed us to move around and into the labyrinth, permitting not just me but the two photographers to move as we needed around the stones, offerings, bones, tree limbs, and other items placed there by visitors before us. The final shots taken are of me laying in fetal position around the center of the labyrinth, the words “listen” and “come closer” written in small stones along the curve of my back.

This experience was an earthing ritual of deep significance for me. I brought gems and necklaces, rings and bracelets, jewels of all sizes and colors to adorn myself for these photos and used few of them. My adornment was the sky, the trees, the rocks already there. The light around us made shadows and lights that became my jewelry and my body became part of the organic architecture. For someone who favors adornment and elaborate design, this was a surprise to me. I felt empowered in the embrace of Earth and a calling to go much deeper with my practice. I will always love my gems and tools. But I am much more than them, the spirits reminded me.

And so it is, the lessons come in forms unexpected. And I am listening, ear to the dirt and gravel and stone. I hear the whispers of the elders who gather in places to which I am drawn. Come closer, they say.

If you’re anything like me, your gemstones and jewelry are a precious part of your life. The medicine that comes…

Here we are, gathering together for another beautiful fall season! Turning the Great Wheel once again, we say our grateful…

Who cares if change is upsetting? Uranus sure doesn’t! Well – as an archetype Uranus just doesn’t give a f%&#…

7 thoughts on “Connecting and listening to the Earth”